Showing posts from July, 2019
Show All

July 31, 2019
We have two reasons to celebrate today. It is National Mutt Day as well as National Avocado Day! I can relate to the mutt day because I have had so many of them.  Today we can celebrate the overlooked mixed breeds. They are lucky because they get 2 days just for themself, Dec 2nd is their day as well. How can we celebrate our mutts? Here are a few ideas: 1- Adopt a Mutt. 2- Volunteer at a shelter 3- Foster a mutt 4- Donate to a shelter Dogs love us for who we are, they have better health and mutts need people too! National Avocado Day They are such a versatile fruit. You can add them to anything.Some unknown facts about avocados: There are 1,062 varieties of avocado. Avocados contain the most protein and fiber of any fruit. Just clean off the huge seed, pierce it with three toothpicks and submerge it right-side up in a glass of water. In about eight weeks it'll start to sprout, and when your avocado tree is six inches long, you can plant it in soil. Just be sure
Post a Comment
Read more

July 30, 2019
What's better than cheesecake? Strawberries on the cheesecake? Cherries, ummmmmm my favourite. Some are pretty easy to make. I like to whip up the mini cheese cakes that you use Nilla wafers for a crust. The muffin tins with cupcake papers make it so easy. But I do have one that I really enjoy. I got the recipe on the internet somewhere. I love it. Little known facts:  1-You were able to buy cheesecake flavour postage stamps. 2- Cheesecake was invented by the Ancient Greeks and served to Olympians to give them energy. 3- There is a garlic flavoured Cheesecake 4-Traditional cheesecake is made with Ricotta cheese not cream cheese. 5- 100 cheesecakes were consumed on the series The Golden Girls throughout its history. 6-  The largest cheesecake ever made weighed in at a colossal 6,900 pounds Here is the recipe if you want to give it a try. Tiramisu Cheesecake FOR CRUST 1 sleeve graham crackers, finely crushed 5 tbsp. melted butter 1/4 c. sugar 1 tbsp. cocoa p
Post a Comment
Read more

July 29, 2019
Can you believe celebrating LIPSTICK? It's true. Look all over the internet, many cosmetic companies are giving away free product or a huge savings.  Try a new shade! https://www.youtube.com/watch?v=4kFmh3eT4Wg 100 years of Lipstick
Post a Comment
Read more

The Adventures of Cardigan - Growing Up In The Bush 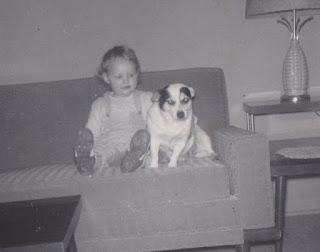 I know there are a few out there that can relate to growing up in the Bush but not many. Especially in this day and age. Lots of bush out there but no one living there. Sure you have the odd house in the middle of nowhere, Little House in the Bush. Maybe a trapper shack or something like that, but I'm talking about a Bush Camp that has a Bunkhouse, cookery, recreation hall and a house for the Foreman and his family. I can't forget the animals, majestic, wild BIG and small animals. I grew up in one of those camps. There were 2. I don't remember much; Camps 53, 54 and 12 in Northern Ontario. Camp 54 had a few families and and a garbage man named Meetro. He used to come by with his tractor to pick up the garbage and always stopping at our house.  As soon as I heard the tractor I would run outside and sit one the steps waiting for him. Didn't matter if I had wet diapers or no diaper at all. He always brought me a treat and we would sit on the step and share a bag of chi
Post a Comment
Read more